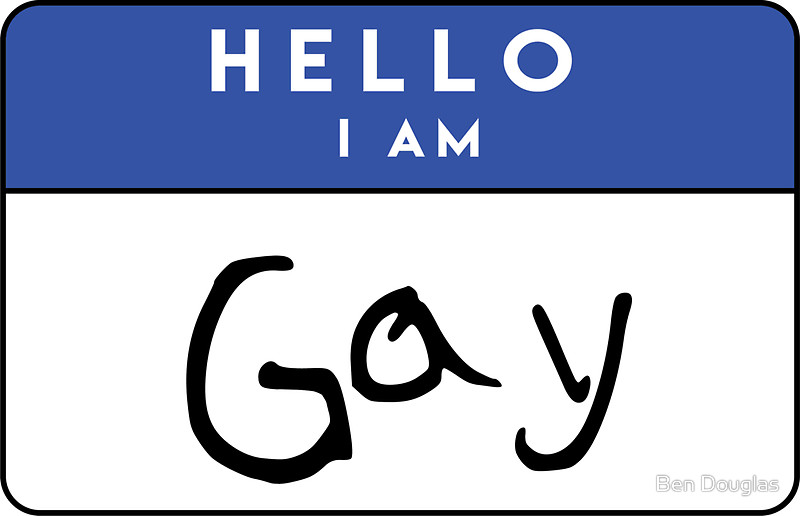 07 Jun My Coming Out Story

Posted at 15:47h in Uncategorized by GilbertCentre 0 Comments
0 Likes

Hey! I’m a graduating student in Simcoe County, and I’m gay. I’ve been gay since I was born, but I didn’t come out until after I had graduated from elementary school at 13.

Looking back now, I didn’t have the best childhood, but it had nothing to do with who I was but more about who I was around. I fell upon bad situation after bad situation, but I’m still standing if that means anything.

I don’t know where to start, so I’m going to start back when  was barely old enough to understand the world around me. I was a very creative child growing up. Some of my favourite things to do were drawing, playing with dolls, and playing pretend in my backyard, but there was one thing that to this day I still love to do today.

At a young age I was exposed to the world of the catholic church, and even though I have my fair share of bad church stories, the one good thing that came from it was music. The church taught me that I love to sing, I now sing almost every day. I ended up loving music so much that I started writing music at a young age as well, even though it was not the greatest. 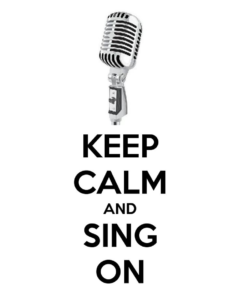 After I fell out of the church, I ended up going to a school where the children were not kind to outsiders. I started going to this school in the second grade, so all the kids already had formed groups and knew each other. Almost immediately I was shunned out, and the kids had no problem letting me know. I was never really directly bullied, but I was outcasted by the other kids. I made a few friends here and there but because of the rumours that were made up about me, kids didn’t want to get close to me because they were afraid that it would affect them. This became a real issue when kids started to say that I was gay, and I didn’t even know myself at this point. This unfortunately made all the guys not want to be around me, because somehow my gayness would rub off on them and they would magically become a gay. This combined with the fact that girls only ever seemed to play with other girls meant that I was alone, a lot of the time. 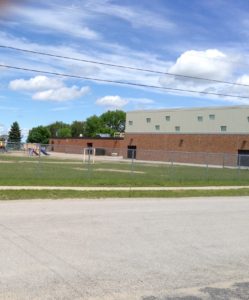 Because I was never close to my peers, I found something else to get close to, my grades. Very early I started becoming friends with teachers instead of students, and this led to me focusing on my grades. When no one wants to be around you in school, what do you do? Well I cried a little and then moved onto doing something productive and that was school.

After a while people would talk to me more often but it still wasn’t a lot. I got comfortable in my routine and then I was faced with the biggest identity crisis I have ever dealt with. My cousin had just come when I was in grade 6 and this got me thinking about something I never really thought about. Was I gay? I mean, kids used to call me that but I never paid it much mind. This was a two year process of me playing the mind game “gay or bi”. I wanted to be bisexual so bad, I thought at that time it would make my life so much easier. I spent the first year trying to convince myself that I was bi, because I thought that if I liked girls too, then I could a “normal life”. .After a while, I gave up the fight because I wasn’t going to win. I was what and I was, and that was gay. 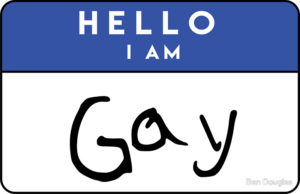 After my grade 8 graduation, I was invited to a party with all the other graduates. My presence had already angered a few people, but I was determined to go because I knew highschool was going to be completely different, and I like free food. This was the place where I came out to my peers. It started with a game of truth, which is just like truth or dare just without the dares. This kid turned to me and asked “Truth?”

“Are you Bi?” he said without almost any thinking, because he knew exactly what he wanted to ask.

I obviously said “no” because I wasn’t a bi

I asked a kid a question and it when around for a bit, and then the same kid was up again and he asked me again “truth?”

And then he asked the question that every kid on the playground dreads to hear “are you gay?”

At this point, I was tired and I didn’t care so I just responded with “yes”

And then he had a bit of a freak out moment, asking me if I was sure, and I was. 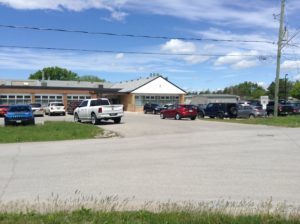 After that I went into high school, and this is where the gay dynamic flipped. Immediately I was almost popular. Everyone knew who I was and wanted to be my friend. Suddenly everyone knew I liked to sing, everyone knew about my love life, everyone knew my name. 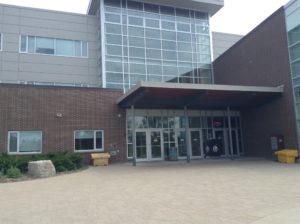 That first year was great, people wanted to be my friends and were nice to me, but that was until the next year when I realized what was going on. I was a dinner conversation, something for people to talk about. I came to the understanding that people only ever talked to me so that they had stories to go tell their friends, or they wanted me to be their gay best friend. I was no longer a person, I was a conversation piece.

Naturally I fell back into old habits of focusing on school, but I got to do what I liked more often, like vocals.I also joined clubs and tried to get involved in my community, I even started painting, and I like to think that I got pretty good at it. 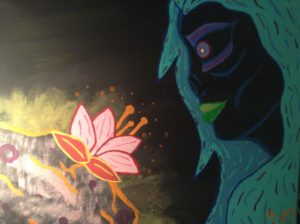 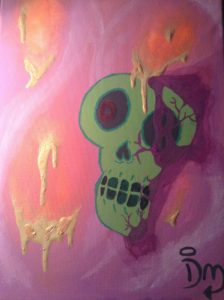 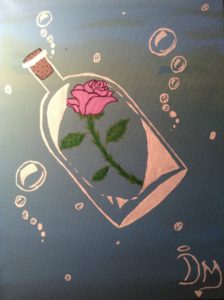 I joined my school’s GSA but we named it the Equality Activists Alliance to help open to more members. I ended up becoming the backbone of this club. I was the go to speaker, I planned almost all the events, and it gave me purpose. I even got to speak to all the principals in the county on a panel made up of other LGBTQ+ youth, just talking about the system. 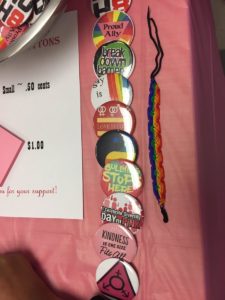 I did make friends that I’m still friends with and these people I wouldn’t give up for anything. These few friends are the world to me, and they are what got me through the suffocating isolation that I was shown.

One good thing came out of my shunning, when I graduate, I will graduate as an Ontario scholar and it gave me time to figure out and plan what I wanted to do after school. I’m not going right into post-secondary, I’m going off to Ireland to learn how live on my own and save up money for post-secondary. 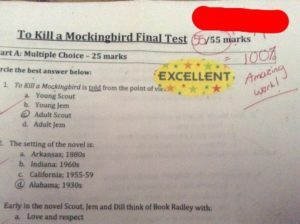 Now I know this story seems very hopeless and suffocating, but I found what I loved to do. I learned to love painting, I am still singing, I became the head of my GSA, and I am graduating as an honour student. It was difficult, but I got through it. Also remember, this story focused on my school life, and like any life, there was much more going on that helped me get through, like LGBTQ+ community activities, my first pride parade, my love life. There is always something to focus on, and I chose school in more than one way, so remember that when you feel down.

What are you going to focus on?

Sorry, the comment form is closed at this time.